Clerics of Boreas (for 5E)

The cold and the gods care not for the system in which you play. But you might. Here’s 5E details for you cleric of Boreas.

Clerics of Boreas, Mara, and other icy deities can imbue their attacks with biting cold, create weapons of ice, and send forth blasts of razor sharp ice to damage their foes.

* indicates a new spell detailed below

Starting at first level, you are resistant to cold damage. At 5th level, you may extend this resistance to any number of creatures you can see within 20 ft. of you.

At 2nd level, you can use your channel divinity ability to freeze your foes’ weapons. Each creature of your choice within 30 ft. that you can see must succeed a Dexterity save or have their weapon encased in ice. The DC for this save is equal to your spell save DC. Creatures whose weapons are encased in ice take 5 (1d6+2) cold damage and suffer disadvantage to all attacks made with that weapon until the end of your next turn. The damage increases to 10 (2d6+5) cold damage at level 5. This ability affects innate weapons such as claws and teeth.

At 17th level, you may imbue your weapons with deadliest winter. For 1 minute, creatures you successfully strike with a weapon attack are vulnerable to cold damage until the end of your next turn. You must complete a long rest before using this ability again.

The following spells are used by clerics of Boreas.

Upon your final utterance, the target area is covered in glacial ice which generates a limb numbing cold that causes 1d6 points of cold damage per caster level (maximum 20d6), and inflicts one level of exhaustion, as well as disadvantage to Perception checks. A successful Constitution save halves the cold damage, and negates the other effects. This damage is instantaneous, and occurs only on the first round of the spell. The caster may choose to maintain concentration on the spell. For the remaining duration of the spell, a successful DC10 Dexterity check is required to accomplish any action that requires manual dexterity such as loading a crossbow, drawing a weapon, picking a lock, retrieving a stored item, or manipulating a material spell component while a creature is in the area of effect. A failed check means the item is dropped. The area inside the spell’s area of effect is considered difficult terrain. Any creature beginning or ending a move within the spell’s area of effect must succeed a DC 10 Dexterity (Acrobatics) check or fall prone.

As you pour the water from its vial, you cause one ice soldier for every 5 cleric levels you possess to appear in any square of your choosing within range. Each ice soldier is size medium and requires its own 5-ft. square. (An ice soldier can not form if there is no open 5-ft. square available for it.) On the round you cast the spell, and each round thereafter on your turn, the ice soldiers make their attacks. When the ice soldiers appear, you indicate telepathically to each individual soldier what its target is. From then on, the soldier attacks its target exclusively until the target is dead, at which time the soldier melts into a puddle of water. Ice soldiers have the following statistics:

Heavy Blows: Creatures struck by two slam attacks from an ice soldier in the same round must make a DC 13 Strength save or be knocked prone.

This spell imbues a humanoid creature with 4 or fewer Hit Dice with such cold that its teeth begin to chatter and its body shakes uncontrollably. The affected creature must succeed a Constitution save or it cannot cast a spell or load a missile weapon until the end of your next turn. Creatures with 5 or more HD are not affected. Once a creature has suffered the effects of this spell, it is immune to the effects of this spell for 24 hours.

Your physiology becomes similar to that of a creature born in the arctic cold of the tundra. You gain immunity to cold damage, are unaffected by conditions that cause snow blindness or hypothermia, and can move across icy surfaces without hindrances. In addition, all attacks you make with a melee or natural weapon deal 2d6 points of cold damage beyond the normal weapon damage. Finally, you gain vulnerability to fire for the duration of the spell. 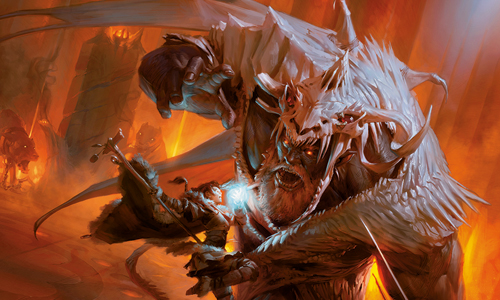 In an instant, this spell causes the creatures in the area of effect to experience a day’s worth of exposure to blinding light reflecting off of blankets of white snow. Creatures caught in the spell’s area of effect must make a Constitution save or suffer disadvantage on ranged attacks and Perception skill checks. In addition, creatures affected by the spell suffer such hampered vision that foes targeted by them are treated as having three quarter cover.